NDEs in the News

Evidence for Survival found through Messages from the Challenger Crew <= click on link to register for webinar. 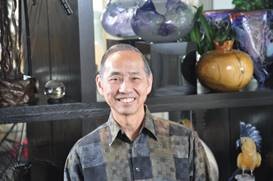 On January 28, 1986, 17 million Americans witnessed the launch and explosion of the Challenger Space Shuttle and within 1 hour of the explosion, 85% of Americans had heard about the disaster. All 7 astronauts, including Christa McAuliffe, the first teacher in space, had died in this national tragedy. NASA and the media reported that no one survived the explosion. However, Jeanne Love, in Adrian, Michigan, channeled a hysterical Christa McAuliffe and learned the real story. In subsequent days and months, all 7 astronauts told their stories to both Jeanne and Regina Ochoa, Jeanne’s close friend. The astronaut stories, as they experienced their “life” after death, were documented in recordings which were transcribed for the next 2 years.

The main message the astronauts wanted to communicate to the world was: “life continues after death and that life is eternal”. The key question was how to accomplish this mission. Tom, Jeanne’s husband, a physicist, knew about the Foundation for Mind-Being Research (FMBR) and knew one of the physicists on the FMBR Board. Contact with FMBR was made. After 30 years, FMBR has finally honored the request of the Challenger astronauts to get their message out in a website ( https://challengercc.org/ ) - there is no death and life is eternal.

Learn the stories of what happened at the time of their deaths, the energy which whisked them away from the explosion. Learn about their grieving and attempts to reach their living families to let them know they were okay. Learn how their stories evolved over 2 years and now over 30 years. Learn the connection between the Challenger disaster and the Star Wars program in place at that time. Learn about the Columbia Shuttle disaster in 2003 and how the crew of the Challenger helped bring the Columbia astronauts over the astral moat to the other side and learn more about the astral level.

This is a 'Do Not Miss' event.

Online reservations are $10 for active IANDS members and $15 for non-IANDS members -- proceeds to benefit equally the non-profit International Association for Near-Death Studies (IANDS) and its non-profit affiliate,South Bay IANDS.

Online access to this live-streamed webinar can be purchased at the following link: